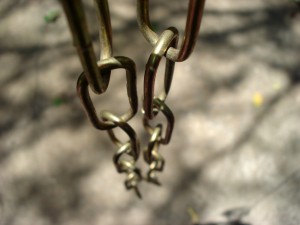 The notion of free will simply doesn’t make sense. Having realized the fictitious nature of objective reality, the question is a non-starter—there’s simply no entity to possess it—but even if, for the sake of discussion, we grant the existence of a material universe, there’s still no way in which “free will” could ever be an intelligible notion. That is, if we ask ourselves what we actually mean by the word “free,” we can’t seem to come up with an answer.

Commonly, the notion of “free will” means something like: To be able to have chosen otherwise. In other words, “I did this, but I could have done that instead.”

But what does it mean that ‘I could have done differently?’

Let’s say that I chose vanilla ice cream. But I firmly believe that I could have chosen chocolate instead. I believe that the choice to take the vanilla flavour came from myself, that the choice was mine. Sure, I may have been influenced by external forces, but I alone ultimately decided whether I wanted vanilla or chocolate ice cream today. Right?

But if the choice to take the vanilla was caused by me, what then caused me to cause that choice? There has to have been a prior cause; some force making me decide what to eat—whether internal or external—otherwise that choice to take the vanilla ice cream is simply indistinguishable from a random one. In other words, unless I decide to decide, or something decides for me, the choice is simply random.

The only possibilities left are either that choices are random, or they’re caused—their causes themselves being caused, and so on, “all the way back,” so to speak—but neither of these alternatives fit what we mean by the word “free.” So, what do we mean?

Well, there’s the problem. When we truly  try to comprehend the concept of “free will,” we realize that we don’t even know what we mean.  The notion is literally inconceivable.

Even if we grant the existence of some kind of “soul” that exists outside of the chain of causation, yet with the ability to inject decisions into it, we would still be unable to come up with an idea of how ‘free will’ would actually work. If we as the source of a decision exist outside of the chain of causation, how’s that decision any different from a merely random one? And do we really mean to say that our souls are uncaused? We usually think that some force put us here; but if anything, whatever is responsible for putting us here would then also be the ultimate cause for any decisions that we come up with.

Does all of this mean that there’s no possibility of choice? That there aren’t a multitude of possible outcomes? That everything is “on rails,” so to speak? Yes it does.

The idea that anything could be different than it is, is simply delusion. The idea that there were multiple possible outcomes to an event is nothing but a way of thinking. We call events “random” when we couldn’t predict what was going to happen, mentally creating a plethora of “possible outcomes” – but all of that is just in thought. It’s just a way of thinking. None of that exists in reality.

The way things are, is simply the only way they could be.

When you realize this—that nothing could be different than it is—the habit of incessantly worrying about past and future decisions can finally come to an end. Thoughts surrounding the notions of selection and choice need not to occupy our consciousness anymore; instead, their absence signifies a newfound freedom: anything but constant perfection is starting to become unthinkable. In the absence of these thoughts surrounding the notion of “free will,” we can at last rest assured that everything is always unfolding exactly as it should.