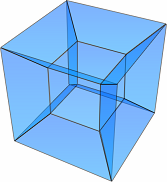 This is the second article of a four part series. Please continue to read here.
by Göran Backlund
Further reading: